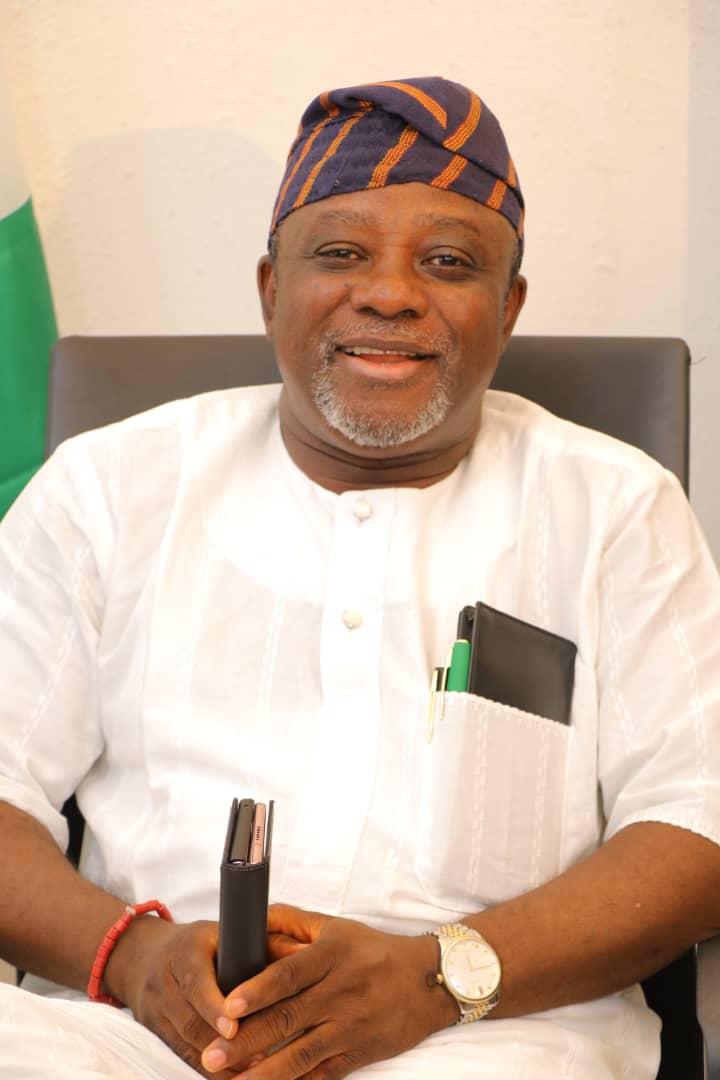 The Assistant Director, Media & Publicity of the Presidential Campaign Council of the All Progressives Congress (APC), Otunba Biodun Ajiboye, has said that the Presidential Candidate of the party in the 2023 general elections, Asiwaju Bola Ahmed Tinubu has the required experiences to lead Nigeria.

In this interview on Issues & Society, anchored by Zainab Obeten, Ajiboye speaks on why Nigerians should trust Tinubu to fix the numerous problems facing the country.

How is the presidential campaign of Asiwaju Bola Ahmed Tinubu going?

Will his government be different from what we have now?

One of the differences is that the Presidential candidate of our party is not a northerner and the kind of support that Asiwaju Bola Tinubu gets in the north is overwhelming and we have not done any campaign in the north apart from the one we did in North Central Jos, Plateau State, which was exceedingly successful, the stadium was filled to the brim and the whole city was agog. The fact is that Asiwaju is not Buhari.

But it’s like 80% of Nigerians are concerned about leadership?

People don’t understand what leadership means. It does not exist only in theory. It is in reference and experience. If you talk of leadership today, one of the best leaders we have had in Nigeria today is Asiwaju Bola Ahmed Tinubu. As a matter of fact, outside the leaders of the first Republic such as, Dr. Nnamdi Azikiwe, Michael Okpara, Anthony Enahoro, Chief Obafemi Awolowo and others, I do not see any other generation of politicians or any other leader as experienced, and result-oriented as Asiwaju Bola Ahmed Tinubu. Leadership is experiential, it does not exist only in theory, it is about the experience of the leader. Asiwaju Bola Tinubu is not only a leader that producie infrastructural result, but he is a leader that produces leaders. That is a leader that would live forever.

But, many people have said that he does not have good health

…Those that have talked about the health of Asiwaju Bola Tinubu are enemies of progress, health is not something you can keep in your pocket, everybody has bad health. Everybody is sick, a man has been moving round Nassarawa, Ebonyi, Imo, Lagos, Abuja and everywhere and you say he doesn’t have good health.

When he has good health, what he will be doing. Tell me what somebody that has good health does that he is not doing. Peter Obi that is much younger, has he done what Asiwaju has done. The theory of bad health exists in their mental environment, it’s not real. People should not take them serious, they are mere jokers, Asiwaju is healthier than a whole lot of them talking because this is a man who works and keeps vigil at night.

Looking at his manifestoes, it seems the APC is not comfortable with the performance of this administration

Our party is proud of this administration, but no administration can do everything to take a nation to eldorado. We are determined to make it better or take it higher than where they might leave it. Asiwaju is one of the best leaders Nigeria will ever have.

The issue of fuel subsidy keeps occuring since 2015, what will this administration do to put it to rest forever?

Asiwaju Bola Ahmed Tinubu is an economic manager, he understands economy, he knows developmental economy. If fuel subsidy is good for removal, he would remove it, if it is not good for removal, he would not remove it. But there was an example he sited to me once, he said if I have five cars and you have one motorcycle and we pay the same price for fuel, is it fair, from there I can see where his mind is thinking. He is a fantastic economic manager.

What does the APC manifestoes say about security, youth empowerment and job creation?

I cannot possibly discuss everything in the manifestoes here, but let’s talk about employment. Asiwaju Bola Tinubu believes that we have enormous human and natural resources, so why should we have problem of employment. It is about putting idle people in the idle natural resources.

The land mass we have in this country is big, we have water, the sun and natural resources, why should we suffer. Every local government in this country can cultivate huge farmland and employ people. Why should we have 21 million cows and still import milk? Why do we have so much gas and we still lack electricity. We need a good leader, then Nigerian problems will be over, and unemployment will be a thing of the past.

We seems to be an import based country, what will Tinubu do to make the country export-based?

Stimulate the economy, and export agricultural products. They take cocoa from us and give us chocolate. What will it cost us to bring the machines that make chocolate? It is simple, it is leadership abdy will power that are missing. The day you get a leader with will power then the problem of Nigeria will be solved. Asia makes 50 million dollars from gas, the same gas that we flare away in Nigeria and yet somebody is saying Nigeria is poor, Asiwaju will change the narrative, quote me.

Do you have confidence in our electoral process?

President Muhammadu Buhari has done a lot on our electoral processes. Buhari has never imposed anything on the INEC. APC loses election, loses candidature under him and he says if he begins to manipulate the system, the electoral process will suffer.

Do you see the opponents as obstacles?

No, the old man, the standard bearer of the PDP doesn’t look as if he can get it because he has been on it for too long. For me, compare and contrast with someone who has never lost an election like Asiwaju Bola Ahmed Tinubu. The standard bearer of the Labour Party, Peter Obi is a non-starter, he is just gallivanting and looking for a way and he is a tribal bigot. His catchment area is the South East and Rabiu Kwakwanso of the NNPP is limited. The only fellow that has transversed beyond his shores; the South West, is Asiwaju Bola Ahmed Tinubu.

The Igbo community just donated one billion naira unexpectedly to him and they have started to say this is the only candidate from the south that can salvage the economy. You can see what happened in Kano recently. I was in Jos, and everywhere in the north is massive and they give overwhelming acceptability to his candidature. Atiku Abubakar is not only old, his candidature is jinxed. A man that has never lost an election is the man to watch, a man that has continually loses election, you can understand.

This administration has not done well on security, what is the assurance that from 2023 we will go to bed and sleep well as against what is happening today if Asiwaju Bola Tinubu wins the election?

When last did you hear about farmers/herders clash, when last did you hear about Boko Haram? Some of these things are politically motivated, also this government has empowered the military in no small way. Some of the equipment to fight insecurity have just arrived. In the past, Abuja was bombed several times, people that live in Abuja lived in fear and about 39 local governments in the north east were under Boko Haram with their flags, but that has been eradicated now.

So, if you say this government has not done well on security, then you are not being sincere with yourself. You can say as we quelling one aspect of insecurity another one is coming up. Kidnapping was not in vogue, but it has started now, so Asiwaju Bola Tinubu is coming to deal with insecurity with the use of technology, you will see the difference.

What will the government do to improve the telecomms sector?

The telecoms sector was getting to saturation and the government needed to open new frontiers, the 5G option was introduced, and new frontiers were opened, but the relationship between the network providers and consumers has to be made more friendly. Once you can get a friendly relationship, it would not be difficult to communicate with the consumers on the need to either increase tariff or to make services better. There is little you can do without telecommunications.

The network providers were losing revenue in the north east as their base stations were being destroyed on a daily basis, but that would soon be a thing of the past. Asiwaju Bola Tinubu is an investor in the telecoms sector, his investment in the then Econet was huge. He is a businessman, he was in the private sector and he understands the plight of the private sector and he had been doing a lot to make them happy.

The aviation sector seems to be having issues now as the cost of flying now is huge, what is he going to do on this?

The operational expense in the aviation sector has gone up and that is impacting on the system. The issue of fuel subsidy and the cost of the services in the aviation sector are interwoven. A litre of fuel in the United States of America is far above N1,000, same goes for the U.K, we have to get the right pricing for what we do. Of course, the government has to do its own bit by alleviating and assuaging the sufferings of the masses, but we need to be exposed to the economics of some of our consumptions. Then we will understand what is an opportunity and what is a privilege and then we can ask that why should I keep five cars in my garage, why do I need a Rolls Royce that I cannot drive more then once a year.

How do you relax?

I listen to Fuji Music, I am from Lagos and any little time I go to Lagos, I enjoy myself, I go to club. I don’t even have friends in Abuja.

Link to watch the video

Tinubu to embark on foreign trip, speaks on security, economy at Chatham House