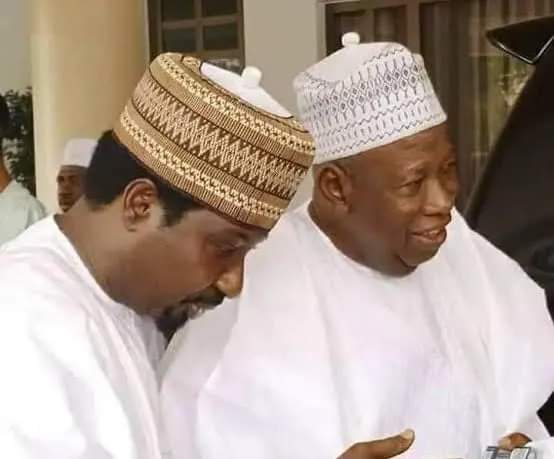 Kano State governor, Abdullahi Ganduje has withdrawn his senatorial ambition, following his reconciliation with Barau Jibrin, the Senator representing Kano North senatorial district.
Governor Ganduje had on 8th May, picked the senatorial form of the ruling All Progressives Congress (APC) to contest for the seat of Kano North senatorial district.
However, Jibrin, who has been in talks recently with some leaders of the New Nigeria Peoples Party (NNPP), had raised fear that the lawmaker would possibly dump the APC.
Jibrin had pitched a tent with a former Governor Ibrahim Shekarau-led faction of the APC, immediately after the party’s state congresses.
But Ganduje, in an effort to have a permanent solution to the APC, Kano chapter crisis, and to stave off the imminent defection plans of the Senator Jibrin, on Monday agreed to withdraw his senatorial ambition.
Inside sources said the duo had held a reconciliatory meeting, facilitated by some top party leaders, and eventually resolved the matter amicably..
The Secretary of the APC in the state, Zakari Sarina, confirmed the development, said there has been tangible agreement at high levels.
“it is true, the report is true. Yes there were tangible understandings between the duo and soon everybody will know this position”, he said.