Leaders and several members of the All Progressives Congress (APC) in Lagos State are at loggerheads over the choice of running mate for Governor Akinwunmi Ambode of the state as the 2019 General Elections approach.

Rumour had been rife that Governor Ambode might not be given a second term ticket by the party, but this appeared to have been settled as reason has reportedly prevailed that dropping the Governor would be a costly mistake.

We gathered that the party leaders have reached a consensus to field Ambode for the election, but there seems to be contentions about the candidates to be fielded for the Lagos West Senatorial District, where Senator Musiliu Obanikoro and Senator Olamilekan Yayi are slugging it out and Lagos East, where Hon. Sikiru Oshinowo aka Pepper is trying to snatch the ticket from Senator Gbenga Ashafa.

However, despite the fact that the governorship ticket is apparently settled for incumbent Akinwunmi Ambode’s unopposed return, after the usual intense politicking and horse trading, the contentious area now remains Ambode’s running mate.

Although the incumbent Deputy Governor, Dr. Oluranti Adebule is regarded to have performed creditably well as the current Deputy Governor and supervising Commissioner for Education, her chances of returning with Ambode appears dicey as certain power blocs are reported to be hell bent on replacing her with another current member of the Lagos State cabinet and a flighty politician from the West Senatorial zone, Alhaja Uzamat Akinbile-Yusuf. 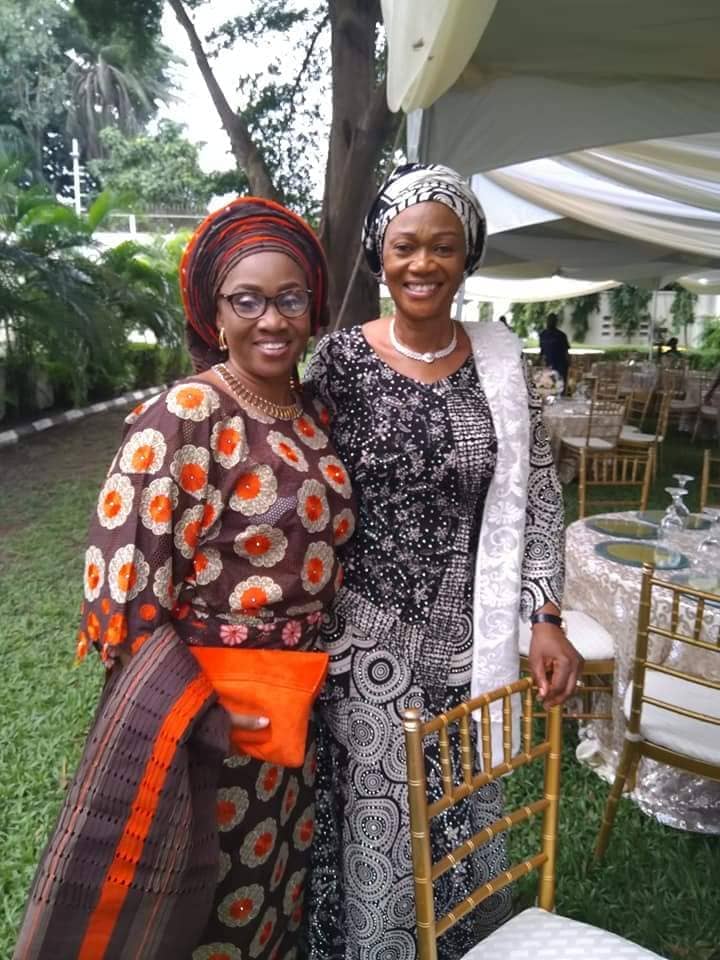 “But the self-acclaimed Pharmacist, Akinbile-Yusuf is a curious choice that might dent the image of the  government and bring the exalted office of the Deputy Governor to an all-time low if the proposal to replace Adebule with her flies.

“There are rumours in the Lagos political circle about the desperation of a certain cabal in the Alimosho caucus of Lagos West Senatorial district to push Akinbile-Yusuf.

“The plan reached an advance stage during the sallah celebrations, when powerful forces from Alimosho led the Ijebu-Ile Ife born Uzamat to the home of National Leader, Asiwaju Ahmed Tinubu, ostensibly to get his blessing for the plan,” said a source.

We were informed that the Aworis in Lagos and the strong caucus from Ojo, Oriade and Badagry axis of Lagos West, where Dr. Adebule comes from, are up in arms against dropping their daughter for “one Uzamat, who still carries about her Osun title of Moremi.”

We gathered that the Awori bloc alleged that Commissioner Uzamat is a mere decorative member of the cabinet, whose performance, first in the Ministry of Youths and Social Development and currently in the Ministry of Wealth Creation and Employment, has been abysmally low.

“To keen watchers, her qualifications are a suspect; she could hardly string a clean sentence in English together; and if she is a pharmacist at all, they say it must be a carry-over of her ability to dispense local herbs to ill and infected locals in Osun State where she was raised and schooled but merely later sought to validate her “eleweomo” prowess with a procured certificate in Pharmacy,” a source told us.

According to informants, compared to Adebisi Sosan and Adejoke Orelope-Adefulire, who deputised for Babatunde Raji Fashola at different times and the current Ranti Adebule, who holds a doctorate degree and had served as the Secretary to the State Government before her correct position, “Uzamat does not measure up at all in political experience; educational qualifications; spoken English and social etiquette and more importantly in moral uprightness.”

Analysts wonder how tidy it would be to install as Deputy Governor of the Centre of Excellence a woman that “hibernates with a boyfriend, who practically feeds off her after leaving her Akinbile husband in curious circumstances a few years ago.

“Strangely, Uzamat has now added Shehu Yusuf’s name to her former (now late) husband’s name without formal wedlock even as the current man-about-town  boyfriend has two other wives at home,” so we were told.

“This is the type of munafik woman that Alimosho has gone to present to the Leader as Deputy Governor in 2019 just because she’s an in-law to a notorious political goon,  Abdulahi Enilolobo and shares birthday with her godfather and “close” ally of Governor Rauf Aregbesola,” a reliable source disclosed.

Senior members of the APC maintained that Lagos State has always adopted the style of choosing a qualified and presentable female deputy to a sitting male governor since the period of Alhaja Sinatu Ojikutu in 1991 and even Mrs. Kofoworola Bucknor-Akerele who was Asiwaju’s first deputy in 1999.

But political watchers say even if the powers that be would not allow Adebule break the jinx of allowing a deputy governor to serve two terms, only time will tell if the ideal replacement should be a low substance candidate, who they said will be a hard sell to Islamic clerics; who will shy away from debates and media interviews and one who has even always struggled through prepared speeches thereby shelving most of her responsibilities to her Permanent Secretary.

A member of the Lagos State House of Assembly, who is in the know, said, “maybe her choice is to checkmate Ambode with “roforofo” tactics and more importantly to appease the power brokers in ‘Tinubu’s Country of Alimosho’ who are desperately striving to hold on to every strand of power.

“Forget about the dribbles and funny projections. They know what the score is on who will be APC’s flagbearer in Lagos State.

“But they seem to have resigned to the reality that if the Governor must return for a second term as it appears so, the choice of his running mate will be one of the key negotiations that the Alimosho blocs will insist on.”

Reliable sources informed us that the matter is being handled with care and that the leaders of the party would make a decision on the issue in the coming weeks as they would not want the choice of a Deputy Governor affect their fortunes in the forthcoming election.