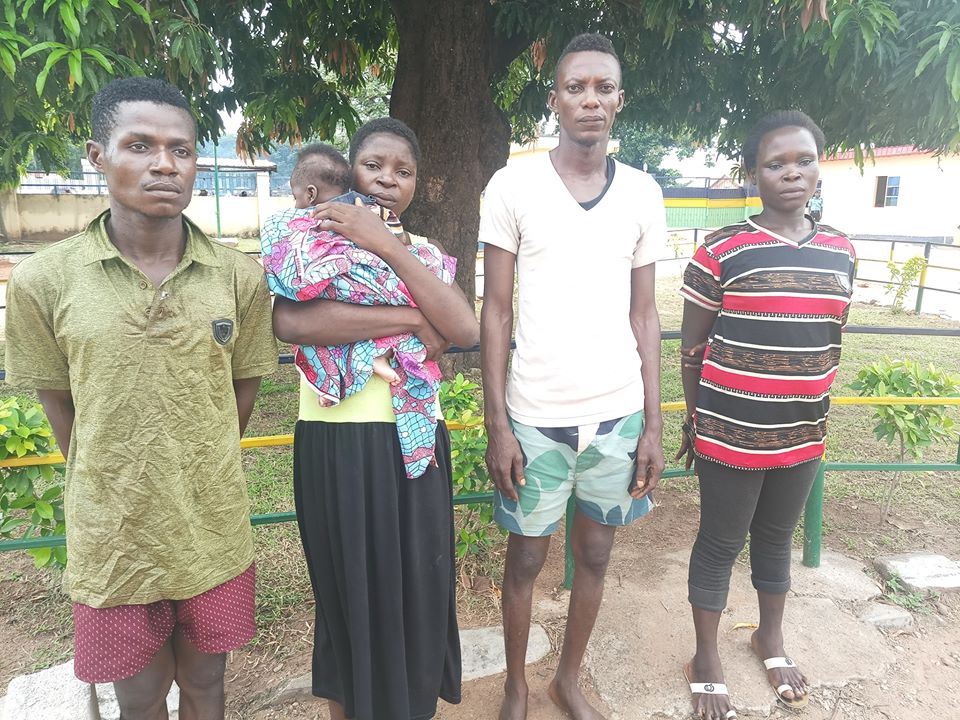 The Benue State Police Commanded has announced the rescue of a two-year-old child kidnapped from the state last month.

The Police also arrested four persons in connection with the crime.

According to him, “Following a full scale investigation order by the Benue State Commissioner of Police, CP. Ene Okon on the report of a missing child, Bemdoo Ajekwe Aged 2 years 6 months on 10/10/18 at North Bank area of Makurdi, one Joy Onyeabor 32, years and Lucy Doosur 29 years were arrested during investigation.

“They both confessed that the said child was on that faithful day in company of his Older brother who is about 7 years old when they lured the older child with the sum of N50 to help them buy bread across the road leaving the younger child in their care before they whisked him to faraway Aba in Abia State.

“They admitted selling the child to one Unwa Chibueze and Elizabeth whose surname is unknown at the cost of Five Hundred Thousand Naira (N500,000).

“Further investigation led to the arrest of other members of the syndicate namely; Sunday Udoh 26yrs and Friday Orinya 33yrs all of North Bank, Makurdi who actively participated in the crime.

“Police detectives extended investigation to Aba in Abia state and recovered/rescued the child Bemdoo Ajekwe on the 23/10/2018. The child has since been reunited to the family while investigation continues with a view to arrest other fleeing members of the syndicate.”