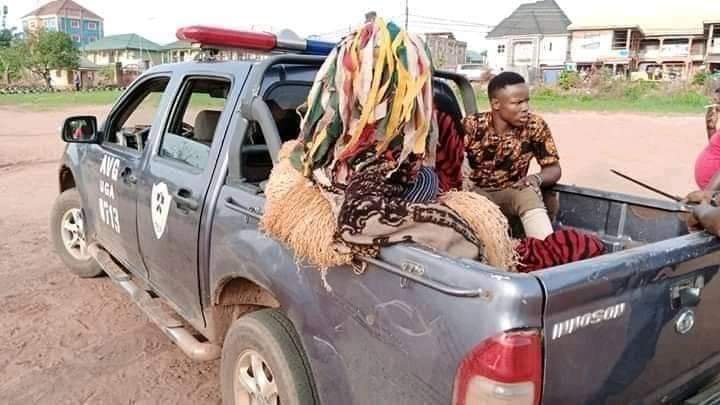 Two masquerades namely Sheriff Ojo and Muhammad Lukman, were on Wednesday arrested for allegedly stealing ?370,000.00 and inflicting injury with cutlasses on one Adinoyi Mohammed the owner of the money in Ondo state.

According to the spokesperson of the State Police Command, Funmi Odulami, the two suspects committed the offence at Melenge Community, at Ipele town in Owo council area of the state.