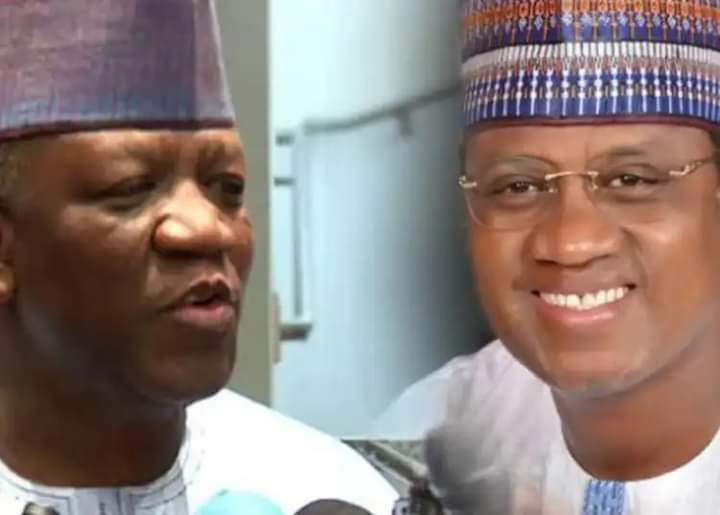 A former Zamfara state Governor, Abdulaziz Yari, and Senator Kabiru Garba Marafa have dumped the ruling All Progressives Congress (APC) for the opposition Peoples Democratic Party (PDP).
The Chairman of the opposition PDP in the state, retired Colonel Bala Mande, made the announcement shortly after a stakeholders’ meeting in Gusau, the state capital, on Sunday.
Col. Bala Mande said they had sat down and finalised the issue of the defection of Yari and Marafa and they had reached an agreement to work for the development of the Party.
“We have all agreed to work for the development of the party and the PDP in the state has welcome them to its fold. We will ensure justice and fairness to all members even after we have won elections in 2023.”
“The date for their grand reception to our party will be announced later but we are going to implement all the agreements reached during the stakeholders meeting,” Col. Mande said.
The Chairman Publicity Secretary of Yari faction of the APC, Alhaji Ibrahim Muhammad Birnin Magaji, confirmed the development to Daily Trust but he did not give further details.
“Yes , it is true we are moving to opposition PDP, and this is all I can say for now,” Birnin Magaji said.